Dentistry Without the Labor: The Journey to Automation

Dentistry Without the Labor: The Journey to Automation

Motor City Lab Works (MCLW) is a lab owned and operated by orthodontists, for orthodontists. What started out as a private in-house lab in Michigan, USA, serving four locations, has since expanded into a full-service lab serving over 850 clients around the world. MCLW pioneered the fabrication of direct metal printed appliances in the U.S. But labor shortages and recruitment challenges are now moving the firm into an exciting new direction: automation.

An orthodontics lab was losing both time and people due to manual data preparation, so they turned to automation. 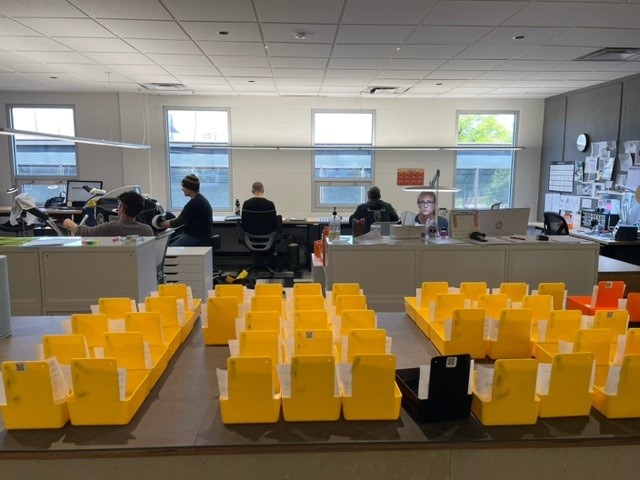 The Motor City Lab Works team have been pioneers in orthodontics for 25 years, at the leading edge of the digital revolution. In 2014, due to an overflowing order book, it changed its business model from outsourcing its resin work to bringing it in-house and buying a printer.

John Dumas, Owner and Orthodontist at MCLW describes the business as “practicing orthodontists who own a commercial lab”. This started out with simple resin printing and thermo-formed retainers but soon expanded. MCLW now produces everything from acrylic Hawleys to laser sintered appliances, digitally designed to client specifications. They also do product development work for several companies, too. 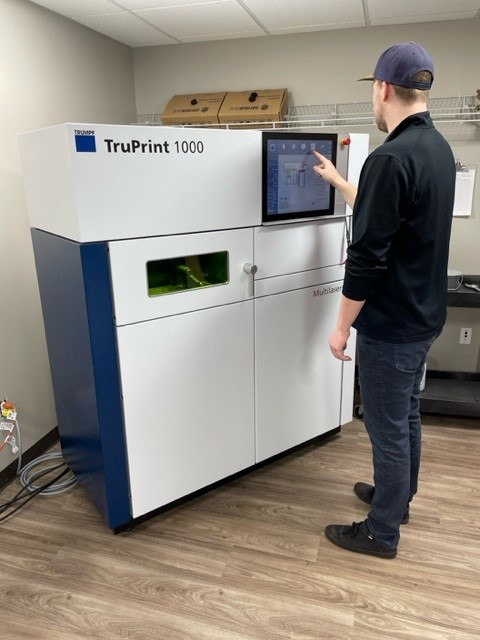 “Companies come to us and say, hey, we've got a product we'd like to get into the dental market – can you help out and do the R&D development work?” explains Dumas. The benefit of being practicing orthodontists is that “when we try to bring something new to the market, we can tweak it and test it”, he explains. MCLW do all their own internal testing before sending anything out to clients.

A machine never fails to show up to work each day

Making custom one-off appliances is a very labor-intensive business. This makes finding the right skillsets and people a particular challenge. Dumas has even known new hires to accept jobs after a lengthy recruitment process only to not turn up on their first day. The lack of available skills is therefore leading MCLW to move towards automation. A machine “never fails to show up to work each day”, jokes Dumas. This is where Oqton comes in. “It takes one of those jobs that used to have somebody sitting at a computer all day – and just gets on with it.”

Other advantages ushered in by automation include no longer needing to manually prepare files for the printer (“We went through that on the resin side”, bemoans Dumas, “and we weren't going to do that again if we could help it.”). Now, parts are oriented, support structures are added, nested, and ready to go. AI learns from any manual changes and does it automatically from then on. “It’s brilliant”, enthuses Dumas. “Our designers can drag parts into a folder, and it just prepares and builds the jobs for us. The parts are built, assembled, and the support structures are there, ready to go.”

Blogpost: How dental labs can increase productivity & lower costs with a Manufacturing OS

Not only has this replaced a tedious task for Dumas and his colleagues, it has also replaced the need for lengthy, and often unsatisfactory, recruitment. Whereas one specialist used to be needed per machine, now one person can easily operate five machines, says Dumas. The cloud-based software is “straightforward and intuitive”. But the real benefit of automation comes with being able to “skip five steps – now it just gets on with it behind the scenes.”

Oqton is the linchpin that makes it all happen – it’s just so seamless, I want it for every printer that I bring in from now on.

Running a $200,000 to $1m machine is not cost-effective if hours are spent manually setting it up each day. Before Oqton, this could mean 2-5 hours lost each day; now, the machines only pause for 30 minutes of maintenance each morning and can run continuously for the other 23.5 hours.

In particular, automation has transformed the nesting process for MCLW, whereby the build is prepared. “Nesting and layered nesting are a really critical part of the process”, explains Dumas. “You can't nest the parts until you orient the parts. Because all our parts are designed to fit over the top of teeth, it's the inside structures that are critical because those have to adapt to the teeth. So, when we print them, we have to print them upside down.” This means that, if printed correctly, the supports are touching the noncritical structures; whereas previously the supports were on the inside and had to manually ground out before fitting. 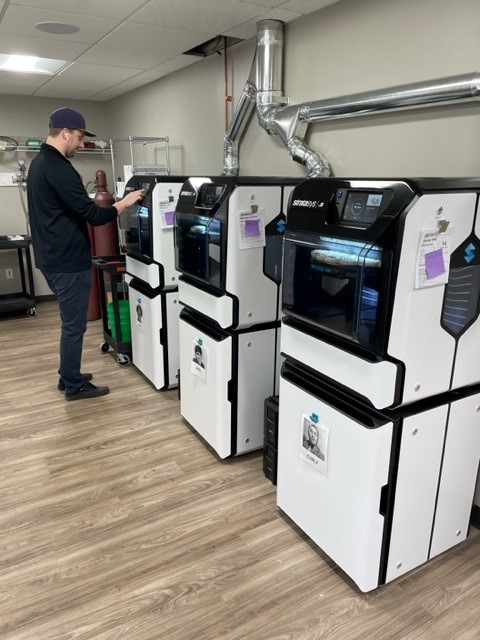 With Oqton’s layered nesting, MCLW now enjoys increased productivity and machine run time. Parts are automatically nested in distinct, stacked layers, with easy-to-remove supports growing around the parts to avoid any critical surfaces. Each nest can fit 3 times more parts. Dumas and his team have found that these long (overnight) builds allow to run the printer for longer, without requiring additional machine-specific hardware.

Oqton’s SaaS subscription model software has also allowed MCLW to expand its metal printing. “I don't think that I would have brought the metal printer in if I didn't have a solution like Oqton”, admits Dumas. Bringing everything in-house has meant that “we're much more agile”. Previously, queries to an outsourced team could take up to a day to be resolved. Now, Oqton software frees up critical time and people. And if he does need to contact Oqton directly, “they’re wonderful to work with”, says Dumas. “It's a good group of very responsive people”.

The linchpin that makes it all happen

Now MCLW has around 35 employees serving 1200 clients around the world, all generated via word of mouth (“We've never advertised”, says Dumas, proudly). The business is looking at purchasing another, larger format printer, enabling multiple printers with different build environments. “Oqton is the linchpin that makes it all happen”, he says. “Oqton is just so seamless – I want it for every printer that I bring in from now on.” 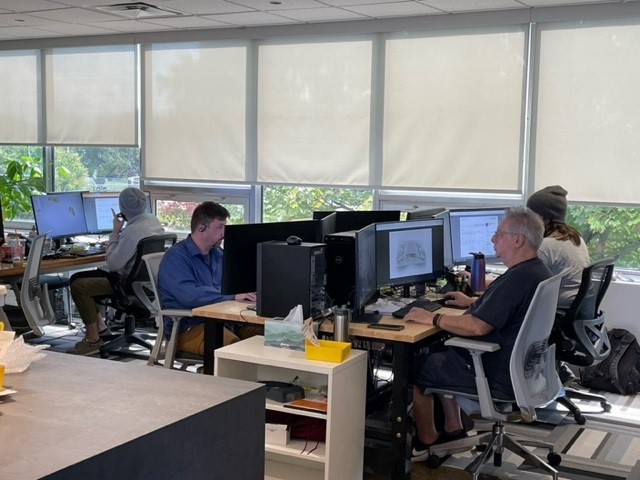 Meanwhile, the drive to automate continues apace. MCLW has automated trimming machines to trim aligners, automated electro polishers, and an automated thermoforming machine. “The AI just gets better and better”, says Dumas, adding, “if I could automate everything, I would.”

Motor City Lab Works (MCLW) is a lab owned and operated by orthodontists, for orthodontists, in Michigan, USA, now serving over 850 clients around the world.