Central Florida is most commonly known for its constant sunshine, abundance of lakes, coastal living, and popular tourist attractions. However, there is another aspect of the Sunshine State that most do not know about: sinkholes. Fortunately, a team of experts led by Drs. Lori Collins and Travis Doering, Research Associate Professors at the University of South Florida’s (USF) Libraries and School of Geosciences, is bringing knowledge and awareness to this dangerous natural threat with the help of Geomagic Wrap® 3D scanning software, developed by Oqton. The models produced are also creating new 3D object sharing capabilities for USF libraries, and offering new tools for digital learning to students and other researchers. 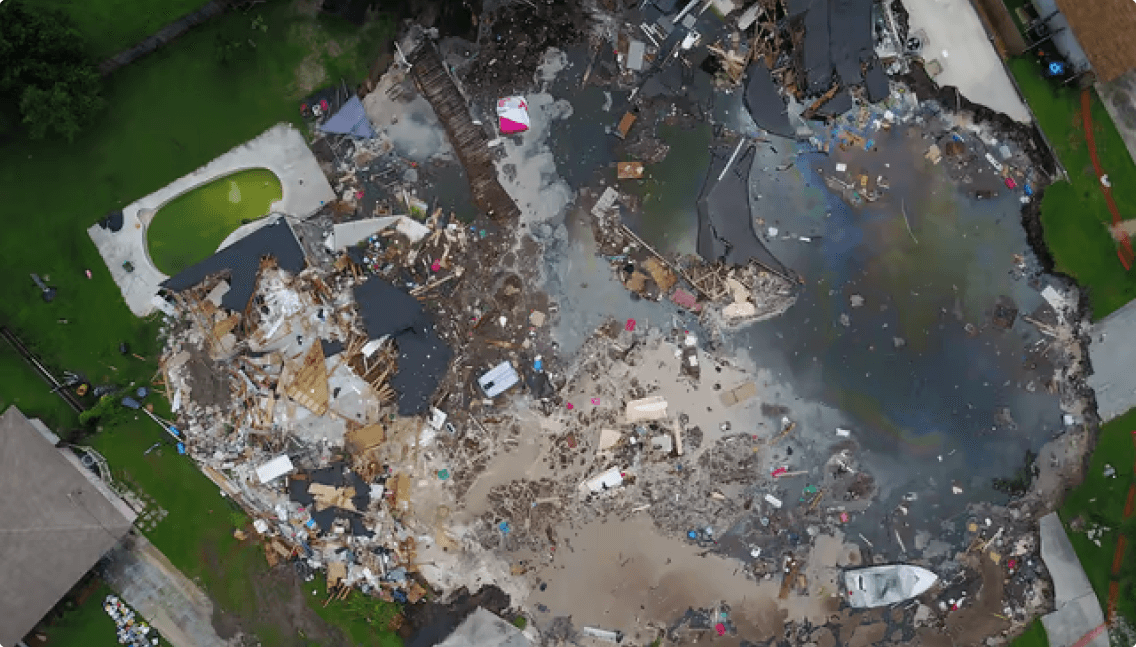 Aerial view of the 260-foot sinkhole in Pasco County, FL.

Responding to a disaster

On a hot July morning in 2017, one of the largest sinkholes the county has seen in decades emerged in Pasco County, Florida. The massive cavity swallowed two homes and caused nine others to be declared unsafe for habitation, leaving the owners to watch as their possessions and memories crumbled and fell into the growing hole. In a crisis like this one, time is of the essence. This type of collapse sinkhole is more rare than slow subsidence and settling events, and extremely hard to study due to its rapid occurrence and progression. County officials knew that collecting the necessary data to help control and predict future sinkhole growth would be an extremely challenging task, but also an imperative one. Collins and her team were called in to help. Unlike their typical research projects, which are carefully planned and mapped out, Collins and her team were forced to move quickly to respond to the emergency at hand. 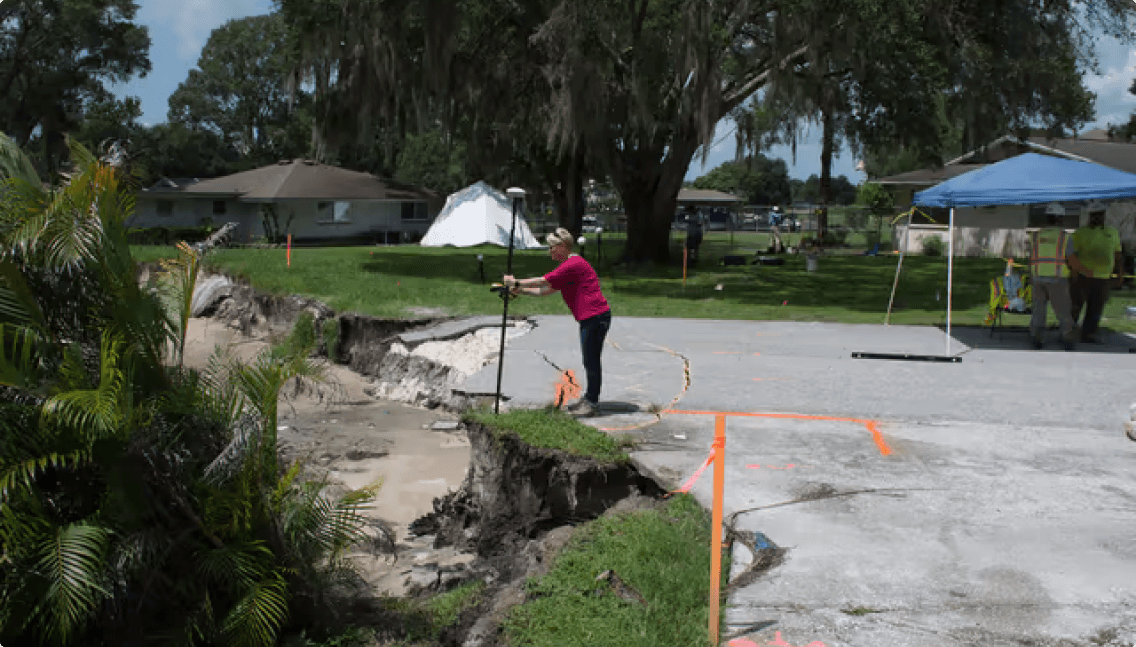 Capturing the scene with comprehensive technologies

The first step for the USF team was to quickly set up a program of documentation using cutting-edge technology to deliver fast and accurate results. Different methods of data capture were utilized. For repeated data captures over a vast area, they used a drone (and coordinated with others doing drone capture), to take daily flights over the course of several weeks following the initial opening of the sinkhole. This provided researchers and officials with a multitude of images and data from which to create surface terrain models and study the sinkhole growth and advancement. Collins’ team also utilized historic information such as aerial imagery and LiDAR, allowing them to analyze the site over time and examine change.

While drone imagery offered fast and accurate data collection from a broad view, Collins and her team needed additional technology to capture finite details. With the help of a FARO Focus 330 3D scanner, they were able to do just that. This specialized laser scanner is designed specifically for outdoor applications, allowing researchers to obtain highly accurate long-range terrestrial scans from the ground. Experts conducted three separate scan events in the six weeks following the sinkhole’s initial appearance, including Global Positioning Survey (GPS) tools that contributed additional layers of highly detailed data to their growing collection.

In addition to surface and aerial data, Collins and her team needed a better idea of what was happening beneath the sinkhole. Using ground penetrating radar (GPR) with GPS control, Collins and her team were able to record subsurface information that corresponded with their detailed surface mapping. “Knowing what is going on beneath the sinkhole, in the subsurface, is a key factor in understanding how sinkholes behave,” said Collins. “The ability to combine subsurface and surface information in this type of resolution and in 3D, offers greater insight into sinkhole formation processes for researchers.” 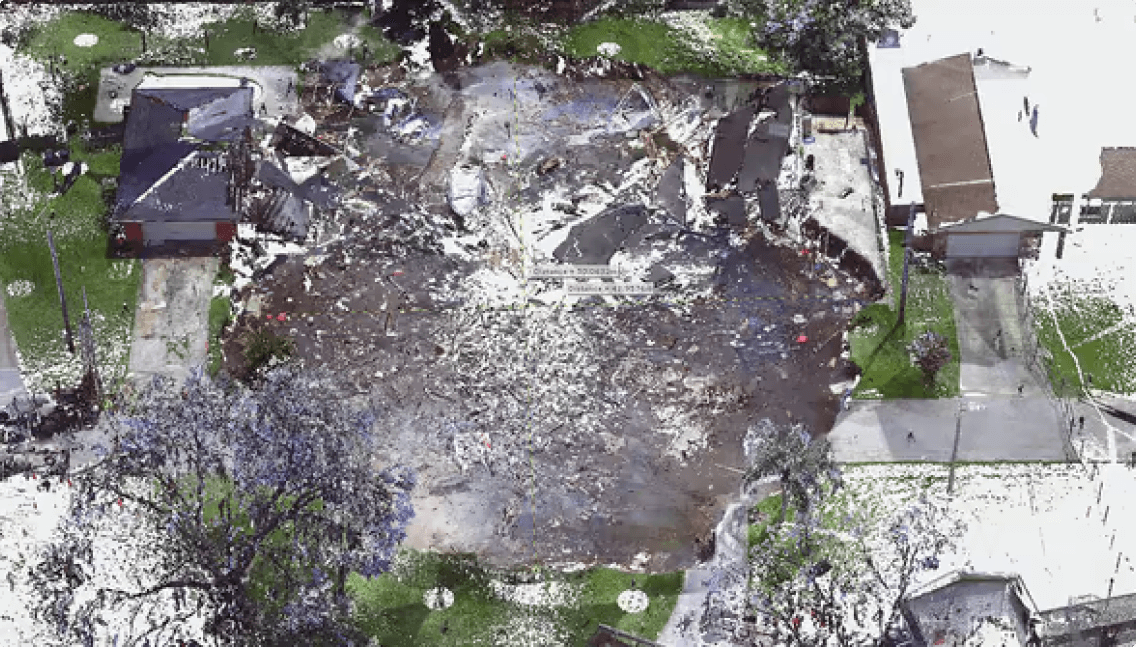 Once the team had collected data via these numerous channels, they needed a way to process it into voluble data. “We needed to be able to bring this data to life in a way that was quantifiable. With the help of Geomagic Wrap from Oqton we were able to do just that,” said Collins. Geomagic Wrap is a high-performing reverse engineering software developed by Oqton primarily used for surface modeling. However, Collins and her team were able to take Geomagic Wrap to new levels as a multiplexer for their various forms of data.

The LiDAR imagery was converted to digital data and imported into Geomagic Wrap to create surface comparisons from before the event. Point cloud data from the terrestrial 3D scans, as well as subsurface measurement data from the GPR and from a hand probe survey to examine sinkhole depths, were all imported into Geomagic Wrap and integrated with the drone elevation data. Once everything was combined into the single Geomagic Wrap platform, Collins and her team were able to create a series of surface and subsurface models of the disaster.

Several printed and digital versions of the model were compared to one another over time as a way to measure the ever-changing sinkhole in a way that would have been undetectable to the naked eye. The models produced were also shared through the USF Libraries digital collections, allowing researchers, students, decision makers, and the public open access to the information.

In addition to comparing the sinkhole to itself, 3D data was used to evaluate the elevation of the sinkhole’s water level as it related to that of a neighboring lake. This data was crucial in assessing how the sinkhole may or may not have been related to the lake and provided a measurable way of looking at it. Collins says, “This type of capability is crucial to the study and understanding connectivity and morphological processes.” Having open access to the models was a part of the workflow that was also greatly improved and made faster through the use of Geomagic Wrap. 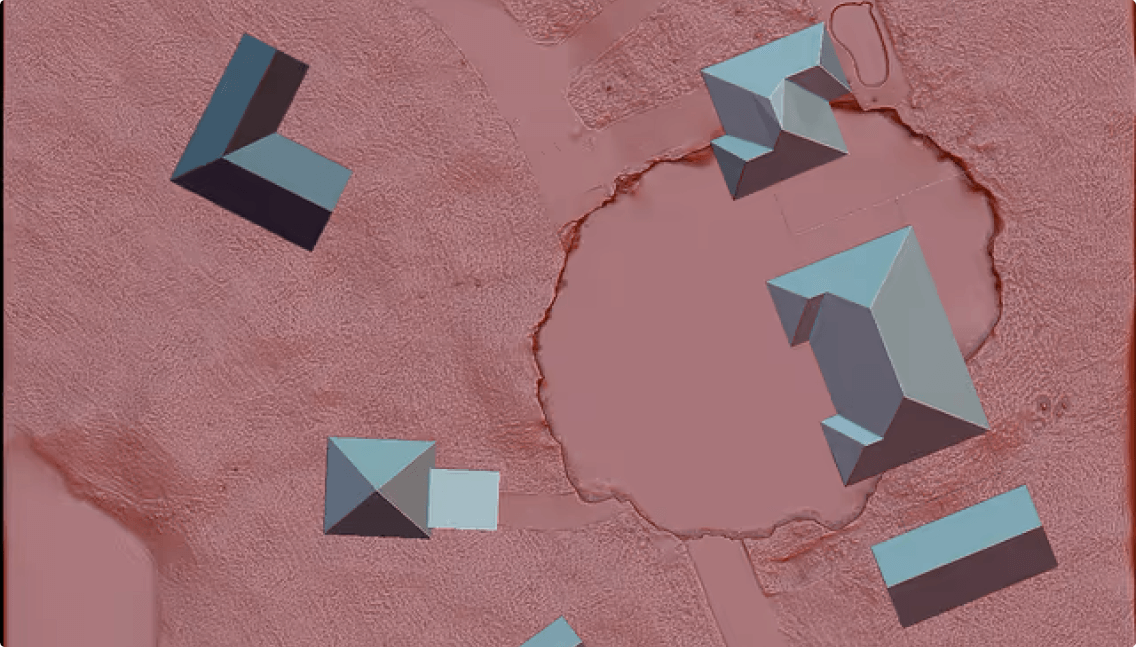 3D models as a public resource

Beyond sharing models with disaster relief officials, the team at USF also uploaded the models to the 3D model-viewing platform, Sketchfab. Sketchfab made the process of sharing this valuable information easy and efficient, and also allowed the team to embed their models into the USF Libraries online collections for wide discoverability. Now anyone, including researchers, geologists, and disaster experts worldwide, can access this emerging research. Collins explains, “This was the largest amount of information that has ever been recorded for one of these events, in part because of these new types of tools. Geomagic Wrap offered a solution that was rapid and effective and has expanded our understanding and ability to respond to and share information during and after a disaster.” 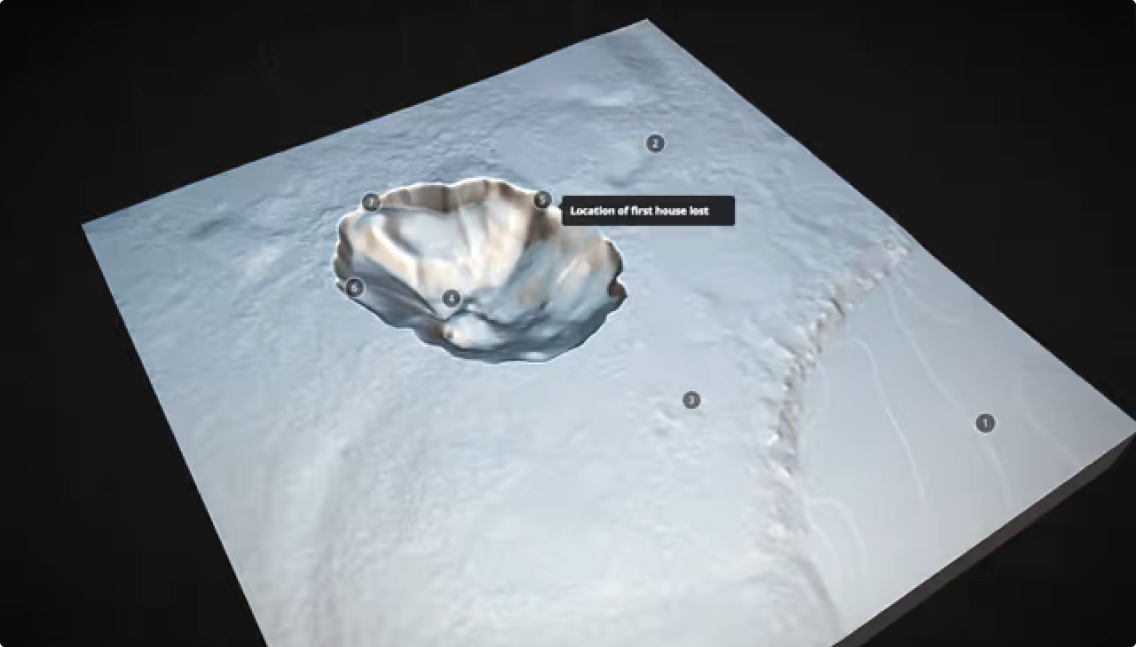 All of the surface and subsurface models of the disaster were used constantly by officials to dictate the management and control of the sinkhole quickly, accurately and confidently. Since the models are of such high quality and contain the most finite details, officials were able to identify changes to the sinkhole and respond accordingly.

Today, the sinkhole has been smoothed out to a body of water. Collins says the plan may eventually be to connect it to the neighboring lake. For now, dirt, crushed lime rock, and sand have been brought in to steady the edges, which will continue to be observed by researchers and officials to ensure it has been truly stabilized. Thanks to FARO, platforms like Sketchfab, and Oqton’s Geomagic Wrap software, all involved parties have access to an arsenal of data to support their solution in the coming months. “These tools are also revolutionizing how libraries and archives can serve this information to the research community and to the public,” Collins says. “Oqton continues to work with scientists to enable these types of innovation.”