Why we’re still waiting on Industry 4.0 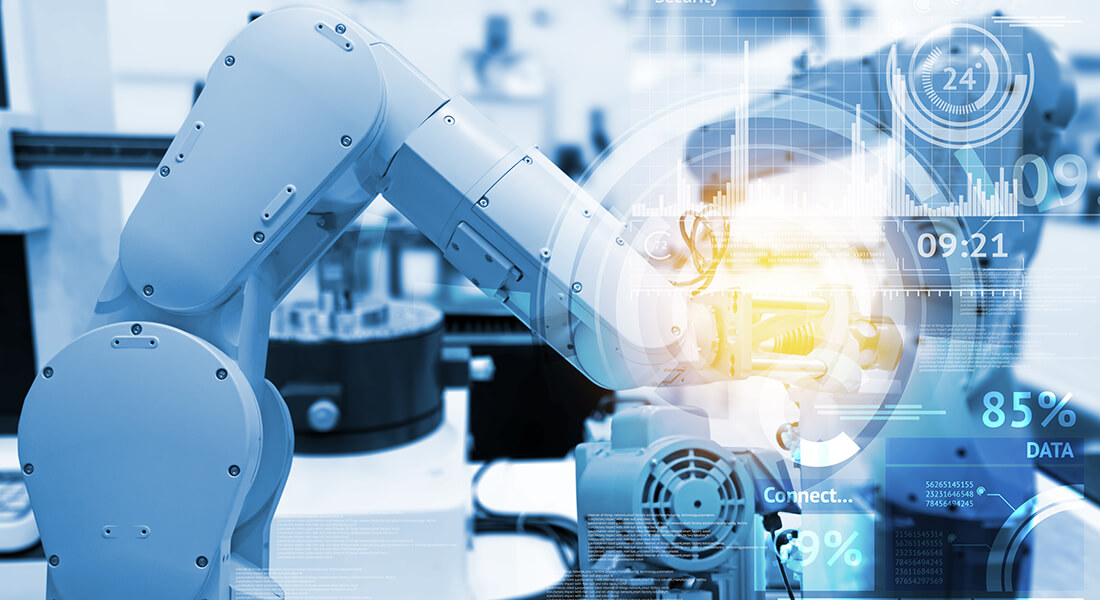 We’ve been on the cusp of the Fourth Industrial Revolution for a while, and it’s still not clear when or how it will come to fruition. Sure, these massive industrial changes rarely follow a straight line of implementation, though it may seem that way when we look at them retrospectively. But even today, we can look back on the opportunities we’ve missed as this industrial revolution unfolds and identify what we need to overcome to make the leap into full-blown Industry 4.0.

It was 2011 when government officials in Germany, along with industry leaders and academics, started a project called “Industrie 4.0” to foster the digitization of manufacturing. Though they may have originally intended it as a German initiative, the phrase has caught on and is now used globally throughout the industry.

seven years later, Industry 4.0 is still more a vision than a reality

But seven years later, Industry 4.0 is still more a vision than a reality. Some companies are certainly building or using technology that is part of that vision, but we haven’t seen a catalyzing change to the manufacturing industry that would signal that the next industrial revolution has finally occurred. The evolution of technology and our application of it to new and unique production methods is still a work in process.

Though the term is now used broadly, many still don’t know what it actually entails. The vision is quite expansive, which may be one of the reasons Industry 4.0 isn’t yet a reality. According to the Boston Consulting Group, nine components will be included in the Industrial 4.0 vision:

Autonomous Robots:Robots will work with one another and with their human partners to learn new things. They will be able to do more on their own and will cost less than the robots currently used in manufacturing environments.

Industrial IOTand Big Data:We’ll collect data from across the ecosystem, including production equipment, products, the supply chain, enterprise management systems, and customer management systems to enable real-time decisions. Even a product itself will be able to report on its operational status.

Cybersecurity:The increase in the number of things that can connect and exchange data will require a corresponding increase in the sophistication of the technology used to police connections and to prevent unauthorized access.

The Cloud:As cloud technologies improve and reaction times go down, more applications will move to the cloud because of the need for storing and sharing a significant amount of data.

Additive Manufacturing:Moving beyond prototyping, additive manufacturing will enable mass customization: the production of unique or small-batch products at scale, along with performance advantages such as complex, lightweight designs not achievable through other methods.

Augmented Reality:Even as a technology in its infancy, augmented reality holds great promise in the industrial space. Providing employees with augmented reality that provides real-time data will improve their decision-making capabilities and streamline workflows.

What’s Taking So Long?All the pieces listed above exist, at least to some degree. Why are we still talking about the vision and not living the reality? We believe that several issues are holding back the realization of Industry 4.0, ranging from lagging technology to actions by industry stakeholders. Luckily, we also believe these issues can be overcome.

The concern over security in the cloud was real when the technology was first introduced, but those issues have been overcome, and most professionals now recognize that the cloud can often provide even greater security than they can implement locally. However, the manufacturing industry includes holdouts who continue to count on decades-old technology under the misguided belief that it’s safer to go with what they know than to risk improving. Time is catching up with these holdouts though, and as the digitally native millennials join the industry, they’re bringing digital technology and the cloud with them.

Another holdover issue is that while the technology has existed to gather and store large amounts of data, what that did was create great, unnavigable data lakes. After the initial congratulations of believing they were now “data driven,” many realized that generating actionable analysis out of that data was an even more herculean task than gathering it was. But in the last few years, advances in artificial intelligence (AI) have made it possible to structure, manage, and make big data actionable.

Some major players have heavily invested in providing a complete – and homogenous – Industry 4.0 solution. The reality is that these solutions require extensive customization and take years to implement, with the net result of being extremely expensive. Due to their cost, they’re targeted at high-value markets, such as automotive and aerospace, leaving the bulk of manufacturers – SMBs – out. An industrial revolution can’t happen if it only applies to limited segments of the industry. Recently, however, we’ve been encouraged to see the release of elegant new tools that address pieces of Industry 4.0, and the rise of open-source technology offers the promise that a heterogeneous solution is on the horizon.

Issue 4: Gap between Hardware and Software

The silos between technologies also manifest as a gap between manufacturing hardware and software. Developed separately, the software tools defining products and processes and the machines executing them don’t communicate clearly with each other. Even when machine manufacturers put effort into closing the gap, it’s a solution that is addressed for one machine but doesn’t extend across the factory. The resulting issues of design translation, data loss, and inefficiency are felt strongly by the people who must work to overcome them on the factory floor. Smart machine manufacturers see this issue and are reaching out to partners, opening up access to their hardware to make a tightly connected solution possible.

Countries such as the United States, Germany, and China are all heavily investing in the future of manufacturing and supporting significant research and development. But unfortunately, they’re competing with each other for who will be first to the big win. Fragmentation in so many areas is slowing down progress. We believe that private industry players are already working together to cross international boundaries and to socialize ideas and developments for the greater good, knowing that in today’s global marketplace, there is ultimately no such thing as “owning” the one answer.

While Visionaries in industry have developed the big picture, when it comes to executing it, we see well-meaning Limited Visionaries getting in the way. These are people who are working toward a safer, more easily understood vision that keeps industry progress in the category of “evolution” rather than “revolution.” For example, Limited Visionaries look for ways to use data for predictive maintenance so that machines can run longer but fail to use that same data to enable machines to work smarter. In the style of the famous Henry Ford (mis)quote, they’re focused on making their horses run faster instead of inventing automobiles.

This last issue is frankly the scariest. But it’s one we have the of ability to overcome if we stay focused on solving problems for the greater industry instead of for individual interests and put our ever-increasing technology to work on new challenges. It’s up to all of us to keep thinking big and moving the industry toward revolution, even if we may only know how and when it happened when we see it in our rearview mirror.